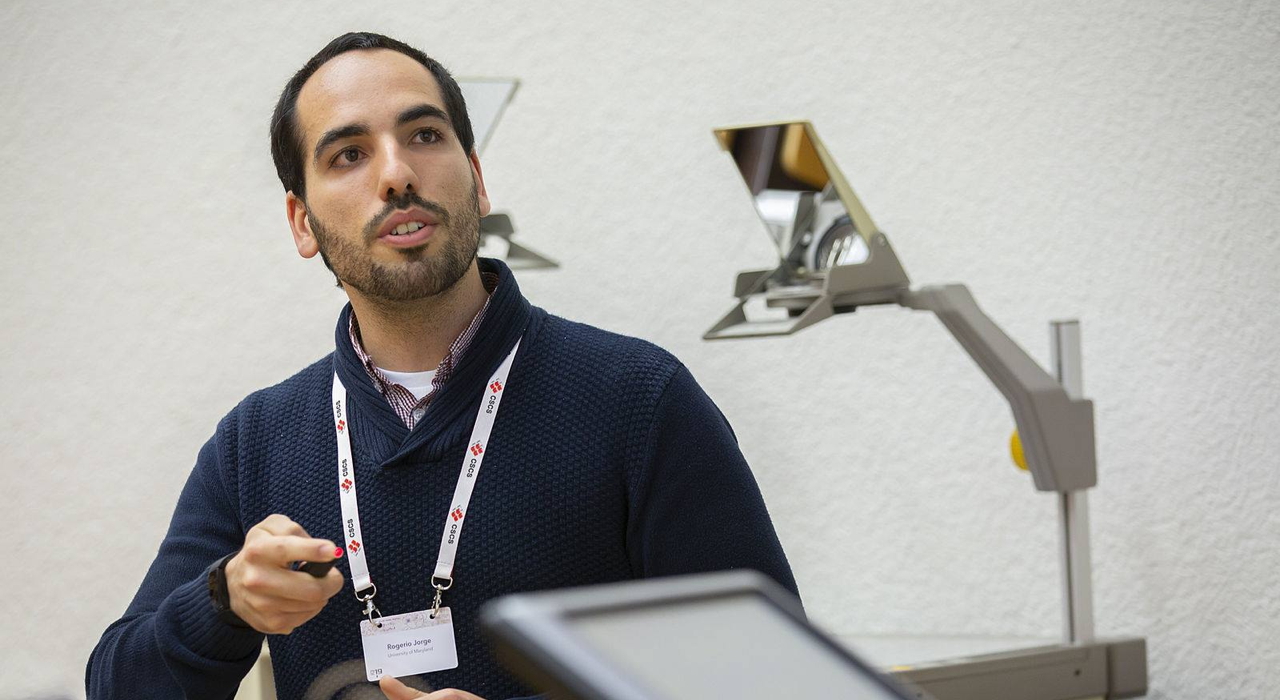 APPLAuSE student Rogério Jorge was awarded one of the European Physical Society (EPS) Plasma Physics Division PhD Research Award of its 2020 edition. The prize recognizes truly outstanding research achievements associated with a PhD study in the broad field of plasma physics. Up to four prizes are given annually to young scientists from the 38 European countries associated with the EPS.

Rogério’s thesis is entitled “A moment-based model for plasma dynamics at arbitrary collisionality” and was supervised by Prof. Paolo Ricci (Swiss Plasma Center, EPFL) and Prof. Nuno Loureiro (currently at MIT, formerly at IPFN/IST), in the scope of a joint PhD degree between EPFL and IST. At the end of 2019, Rogério had already been awarded the EPFL Physics Doctoral Thesis Award for his work.

He worked on one of the most important issues faced by the fusion community, namely the understanding of the plasma turbulent dynamics in the tokamak edge, where the plasma temperature decreases from values as high as ten times the temperature in the core of the Sun to the room temperature of the wall. He provided a seminal contribution to the development of a model that will allow the numerical simulation of this challenging region.

Within APPLAuSE, Rogério was a member and the delegate of the 2015-2019 class. He pursued the Bachelor and Master’s in Engineering Physics at IST, and his joint PhD was a continuation of the Master’s Thesis work developed at EPFL with the title ‘Simulation of Plasma Blobs in Realistic Tokamak Geometry’, a collaboration between IPFN and CRPP. His research interests besides Nuclear Fusion includes the Study of Meyers-Perry Black Holes and Physics of Music – Non-linear Acoustics.

After his PhD he moved to the USA, where he is now a postdoctoral associate at the University of Maryland’s Institute for Research in Electronics and Applied Physics.

Posted on 04/03/2020, in Uncategorized. Bookmark the permalink. Leave a comment.